Long ago – 1885 or 1887 depending on which historian is reminiscing – home-loving and farm-loving Santa Cruz County citizens combined their first efforts to produce what has become Santa Cruz County Fair and Horse Show. This elaborate fair since 1941 has been at its present location along Hecker Pass Road (the present East Lake Avenue). The first agricultural county fair opened on October 16th in Folger’s Skating Rink, near the plaza in the center of Watsonville. Over the stage, spelled out in letters formed of apples, was the sign “Pajaro Valley Products”

Numerous farm exhibits displayed the reasons why Santa Cruz County, even then was one of the most famous agricultural counties in the West: Bountiful food products, livestock, poultry, birds, flowers and handiwork competing for attention with a horse show and entertainment. Sponsor of the fair was the newly-formed 14th District Agricultural Association, which continued in this role until 1903. For 27 years beginning in 1903, the fair continued under Santa Cruz County auspices, financed with county funds and private donations – and always organized with uncounted hours of volunteer work.

Beginning in 1910, the well-remembered Apple Annuals developed as a central part of the fairs, sometimes held in Watsonville’s Civic Auditorium; other years in Santa Cruz and various parts of the county. At the first Apple Annual, California’s Governor James N. Gillett made good his earlier promise to come to Watsonville if its citizens would bake him an apple pie. On October 9, 1910, they presented to him an apple pie three feet in diameter, with a wooden spoon big enough to do it justice.

The approach of World War I brought the Apple Annuals to a close, along with a whole way of life. Then in 1930, horse racing pari-mutuel tax returns from betting at the track began to be used to support district and county fairs, as well as agriculture colleges and agriculture research in California. These state funds were made available to help finance a permanent site for the Fair. California appropriated $5,000 in 1940 toward the $8,500 price for leasing 105 acres of the Peter Petersen tract on Hecker Pass Road for five years, and the Agriculture District drew the other $3,500 from its treasury. In May 1941, the deal was finalized. Barns, sheds and outbuildings were cleaned up. It was doubted that the fair could be held at the new location that very year, but it did open on October 16. It took an estimated 300 persons, toiling all day long, to get the booths built, exhibits placed, electricity installed and everything ready to function smoothly.

The county’s horse-loving culture kicked off the new era in Santa Cruz County Fairs with a remarkable barbeque on Sunday afternoon, Ocotber 5th. Virtually everyone present arrived on horseback or in horse-drawn vehicles, including hay wagons. Riders came from Santa Cruz and as far as Gilroy, Salinas and Hollister. Three hundred people gathered in the new 120′ x 340′ horse arena for an informal dedication of the grounds.

Plans had been approved for contributions from the county for fencing, grading and a water system, to be matched by state money; but Pearl Harbor intervened, delaying fair improvements for another seven years. By 1945, plans were resumed, and in 1947 a half million-dollar long-range improvement program began with grading the grounds, construction of a racetrack and paving of roads. In 1951, that program was continued with completion of the first permanent exhibit building and the poultry building. Other buildings have been added gradually ever since, following a state approved master plan and aided by state funds.

As revenues from horse racing began to decrease, funding for fairs was moved to the General Fund and in 2008, that funding disappeared. Today, the very limited state funding is available through competitive grants for important safety issues existing at the more than 70 state fairs. 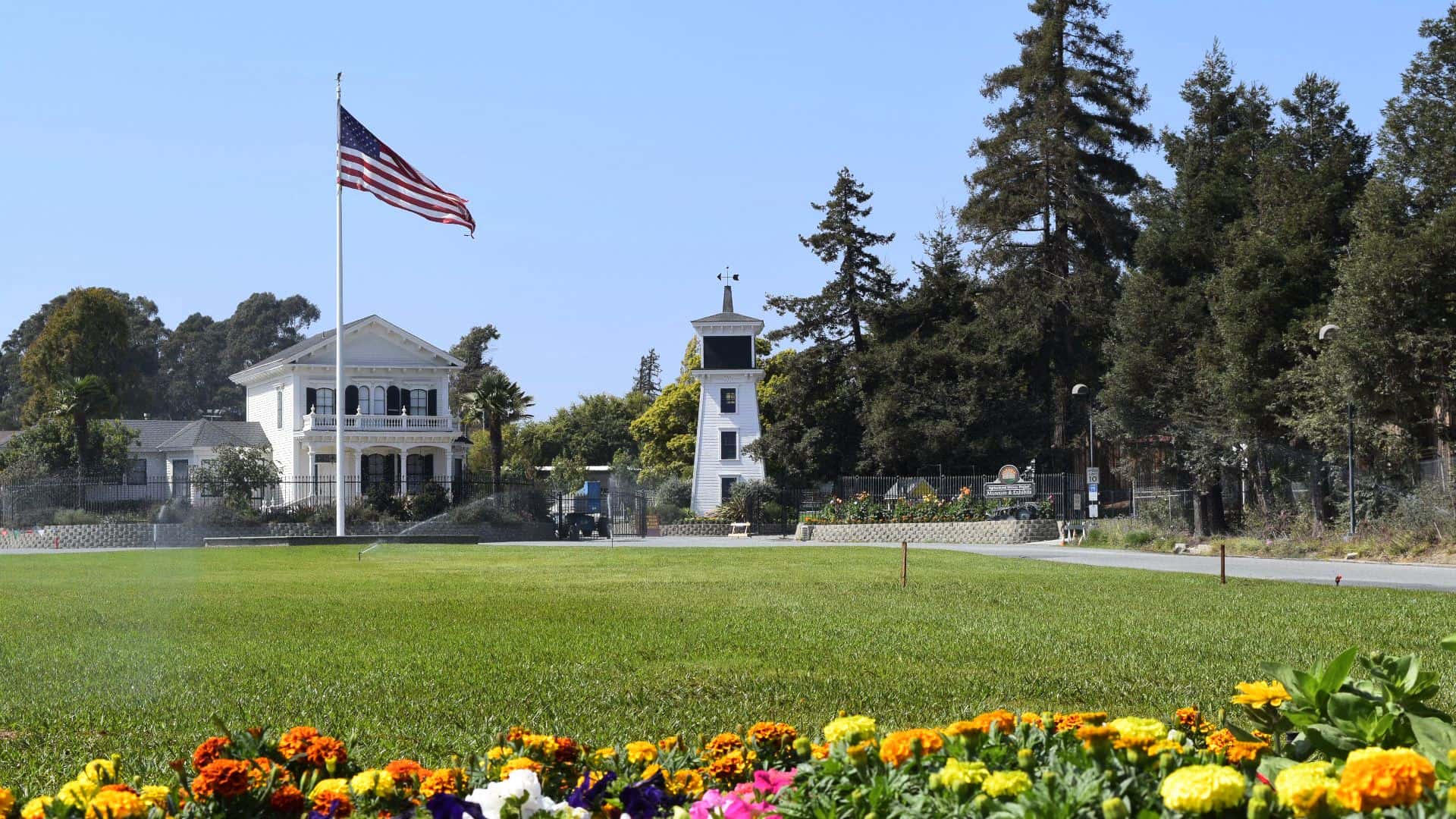 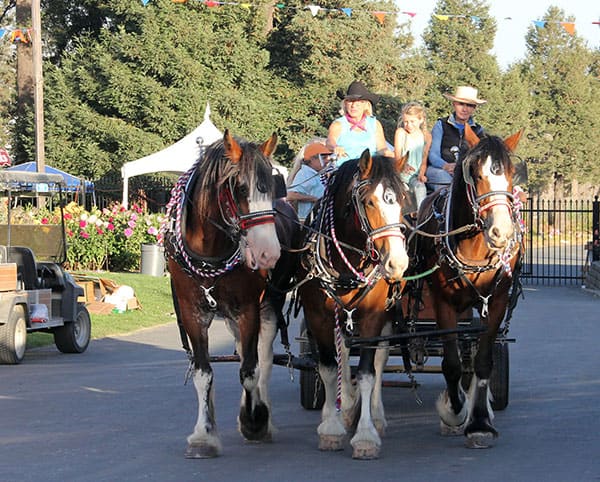 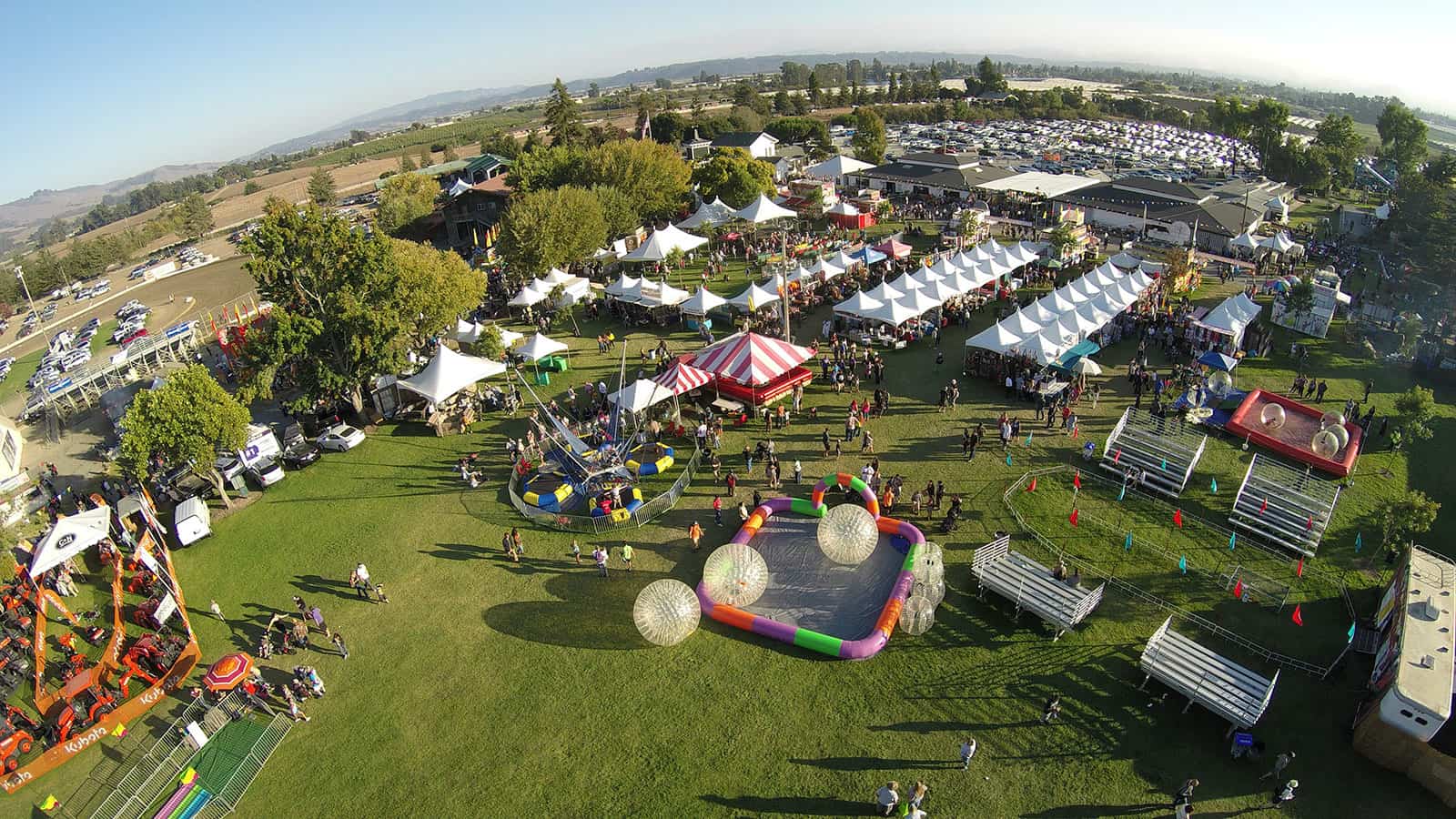 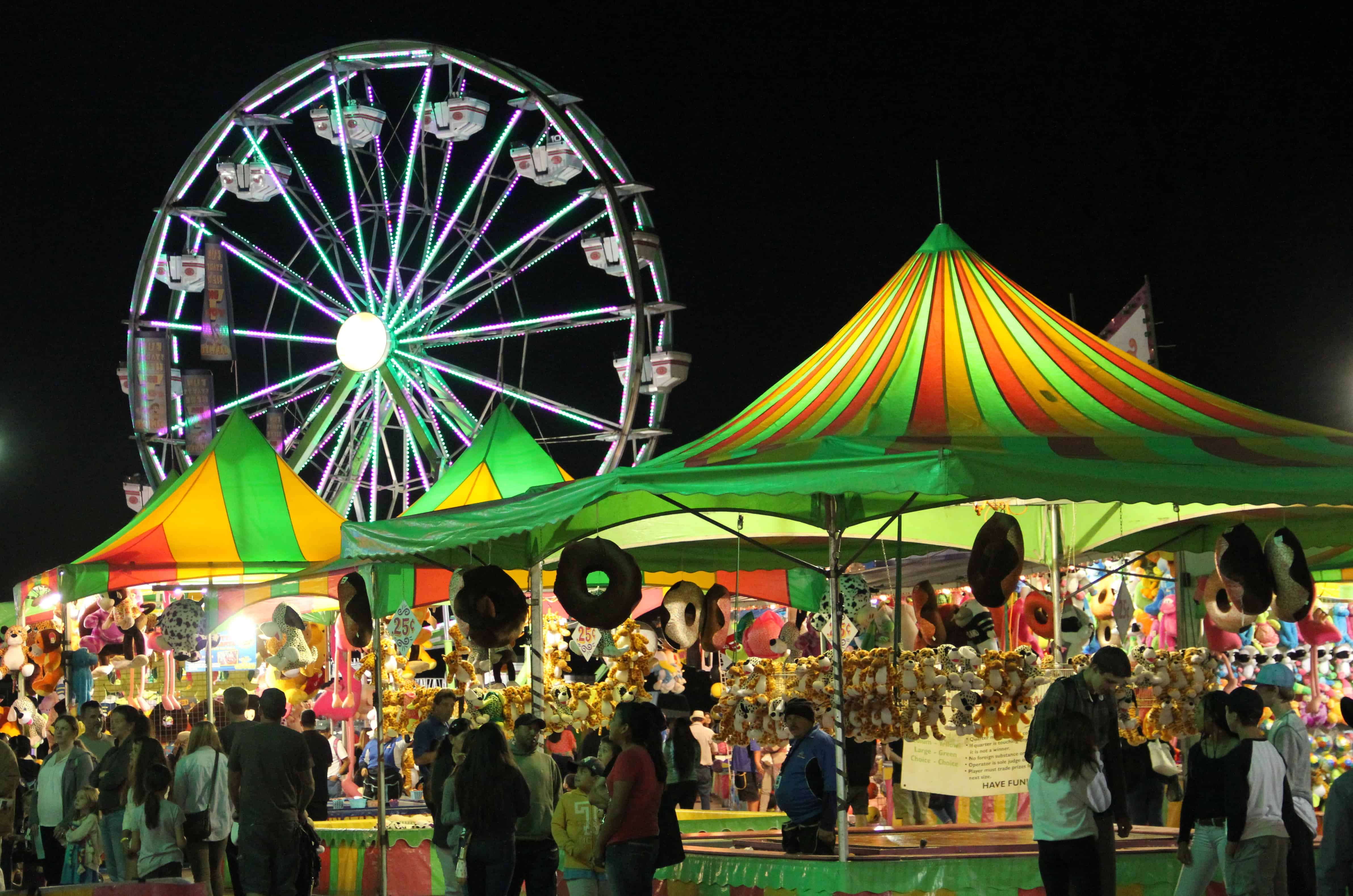